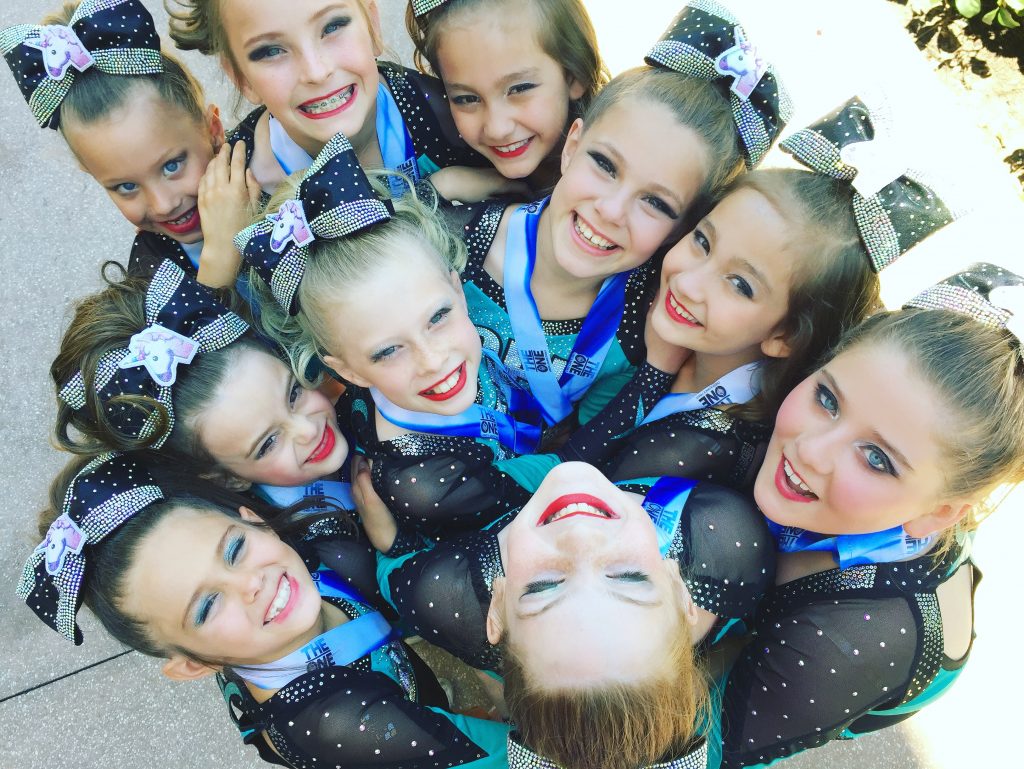 Cheer Extreme is one of the most competitive All Star cheerleading programs in the world. Our program offers competitive cheerleading for athletes of all ages and all experience levels. Teams consist of 10 to 38 athletes with a similar skill level, but different athletic abilities in order to make the team as successful as possible. The coaches create a competition routine that is performed at competitions to compete against other teams of similar age and level. These routines are judged on the Varsity score sheet by their level of difficulty, technique, entertainment value, and creativity level. These teams require a full year commitment to our program, practicing two to three times a week. While there are plenty of competitive programs in the world, we believe our gym is an exceptional environment for kids to become their all-around personal best. All Star cheerleading is an excellent avenue for athletes to learn goal setting, teamwork, communication skills, sportsmanship, and develop life-long friendships.

For our younger athletes, ages 3-7, we offer full year novice and prep divisions. Travel is local and less frequent…perfect for the beginner cheerleader!  We also plan to offer youth and junior full year prep teams this season!